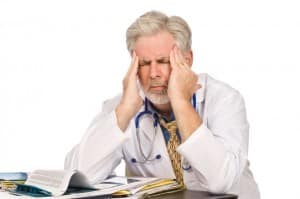 We would like to share an interesting and eye-opening situation we had recently with a Medicare administrator. This issue came up while processing some re-validation applications for a client’s group. It all started when our client submitted the initial applications and contacted us when it did not go through and their numbers were deactivated. The issue was that the name of the company on file with Medicare and the IRS did not match the Secretary of State website. This is nothing new and is typically a fix that takes about three weeks to process at the IRS.

The client didn’t want to wait three weeks for the IRS to process the change (which we understood because of their group number being deactivated) so we reached out to a rep at the IRS and had him manually correct it and send us our EIN confirmation letter with the correct name. (the confirmation letter is called a 147C) This manual correction is something is basically where the agent by means of an editing program deletes the old information and writes over it with the new information.

By doing so, it comes out with a slightly different font type. Not a big deal, or at least that is what we thought. Three months later we are still waiting for the application to finish being processed and the only thing that has been requested that we resubmit the 147C. There was never an instance where the rep said, “We have a problem with your 147C, can you request a new one?”. It was only that she needed the confirmation letter which we surmised was only because it did not get to her when it was uploaded through PECOS.

It is not until we receive an email stating the application is being denied that the rep decides to call us (after we raised hell with customer service) and inform us that it was denied because it appears to be a forged document. So, after three months where we could have quickly(after waiting for about an hour on hold) called the IRS and obtained a new letter, we are now faced with a returned application and a lost retroactive effective date.

Our recourse, according to the CMS administrator, is simply to resubmit the revalidation applications and wait another 90 days for them to process it. Needless to say, that does not work for our client who is sitting on about 400k in Medicare claims. We asked ourselves at this point how incomprehensible it is that two government agencies don’t have the capability or foresight to have a simple verification process in place to validate business names. I know, it is the United States government, but wouldn’t this be something they would want in place for fraud if logic was something they are incapable of.

Anyway, back to the story. We were able to get in contact with the IRS and have a very helpful agent write a letter stating their policy regarding name changes and why the letter appeared the way it did. She also faxed and mailed us a new 147C that did not have the different font type. Okay, now we are confident this should be enough to have the application reopened and processed. If it only was that easy.

Even with the new 147C and a signed letter by our angel of an IRS agent (that sounds strange), that still does not suffice for the enrollment rep who worked the account. She was as stubborn as they come and was incessantly stating that according to CMS guidelines they cannot reopen the application. What we determined, was that she was doing nothing more than taking the path of least resistance and the path that kept her from receiving any form of discipline. This was unconscionable when taking into consideration the money at stake with our client. We even used the going out of business line to no avail. So what did we do you as? Well, after some sleuthing, we were able to find the fax number for our enrollment rep’s supervisor. We sent her all of the supporting documentation including a letter explaining the situation and waited for a few days for her to review the situation.

We called back after 5 business days (no one calls you back from the Medicare administrators) and were informed that the application was reopened and in then the final stage of being processed. This post is not to highlight how great we are but is simply our attempt to convey how insane some of the policies and procedures are at the Federal level. The other thing to remember is that there is no legal recourse to recover lost revenue from Medicare administrators. They are an extension of the Federal government and are afforded the same legal protection as such.

If you found this post to be insightful we simply ask that you share with a couple friends. We don’t write much (primarily because of time constraints) but will do it more often if our customers and visitors are helped through our sharing. The only way we have to measure this is by you commenting or liking the post. Thank you and feel free to let us know if you have any questions or have a similar situation that you would like to share.